This special offer is to help fund the new building projects at Yognat. For you 300 Euro donation, you’ll receive the following 3 books (which have not yet been made available to the public), along with a 1-year bonus subscription to Yoga Life Journal. 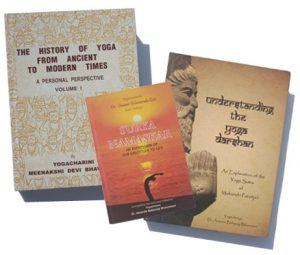 THE HISTORY OF YOGA FROM ANCIENT TO MODERN TIMES 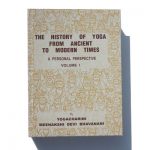 This amazing encyclopedic compilation gives a thorough look into the history of Yoga from its origin in timeless, pre-Vedic ages, through the Vedic period and the medieval era, down to present times. The study also traces the role of Asana is Yogic lore, and how this concept has evolved and changed, through the ages. Various Yogic scriptures are examined and the spread of Yogic thought to the West is also discussed in detail as well as its effect on modern philosophers. Gurus in modern times are also studied with their impact on Yogic concepts. Written in an easy to understand language, this book will give a sincere Sadhaka a wonderful overview of both Yoga’s past as well as its present. It may well be Amma’s magnum opus.

(An exploration of the Yoga Sutra of Maharishi Patanjali)
By: Yogacharya Dr Ananda Balayogi Bhavanani 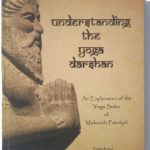 The yoga tradition is pan-universal and para-universal in its perspective. In this ancient art and science of right living, reverence is one of the most important qualities required in any sincere aspirant. Without reverence it is difficult to value ‘that’ which we have and ‘that’ which we have been given. It is difficult to understand how blessed we are if we choose not to realize it. The shat darshan are not just mere, philosophical perspectives of the dynamic universe but are a reverential witnessing of the Divine Universal Nature. All aspects of yoga are sacred, not in a limited religious sense but in an unlimited spiritual one. All aspects of yoga need to be respected. It is only when we have such an attitude of respectful love, profound interest, that we can become a yoga bhakta. Then, and then only, will we be fit for these teachings of the highest nature. Any attempt to explore the Yoga Sutra of Maharishi Patanjali must spring from an attitude of respect, reverence and love for these teachings. If that is absent, then one may as well as be reading any common magazine or newspaper instead. The place, the time and the frame of mind will enable us to develop the right attitude, the universal beatitude towards these elevating teachings. This reverence would be completely lost if we choose to treat them like other mundane information or data. What attitude will you choose? The choice you make determines whether or not the treasure house of the Yoga Sutra opens its doors to you or not! 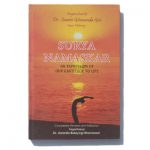 The oldest form of worship on this planet would have to be the worship of the core of our natural existence, the sun, the great star that centres our galaxy. Therefore the term ‘Surya Namaskar’ in its deepest meaning indicates that the practitioner offers his solemn, reverential respects to the sun as a symbol of the Divine essence of the Universe that guides all sentient beings through the process of their evolution. In more modern times, this ancient ritualistic worship has crystallized into a balanced pattern of movements which has found its way into the Hatha Yoga system. The original book on Surya Namaskar by Dr Swami Gitananda Giri has been revised and edited by Yogacharya Dr. Ananda Balayogi Bhavanani and will be useful for those wanting to learn more about the origin, benefits as well as the different types of Surya Namaskar. A detailed analysis is given of the Surya Mantras, Aditya Hrudayam and illustrated versions of six different Surya Namaskars are given in detail. There is also a brief overview of the Chandra Namaskar that also found place in the previous edition.The Kshatrian Kriya, borrowed from the warrior traditions of India, is included as it has many movements similar to the Surya Namaksar. The Surya Prana Mudra an excellent Pranayama and Mudra based practice is described as another form of contemplative sun worship while the Jnana Surya Kriya and excellent relaxation practices is described to induce a sense of deep relaxtion through the universal solar energy form of the Divine.